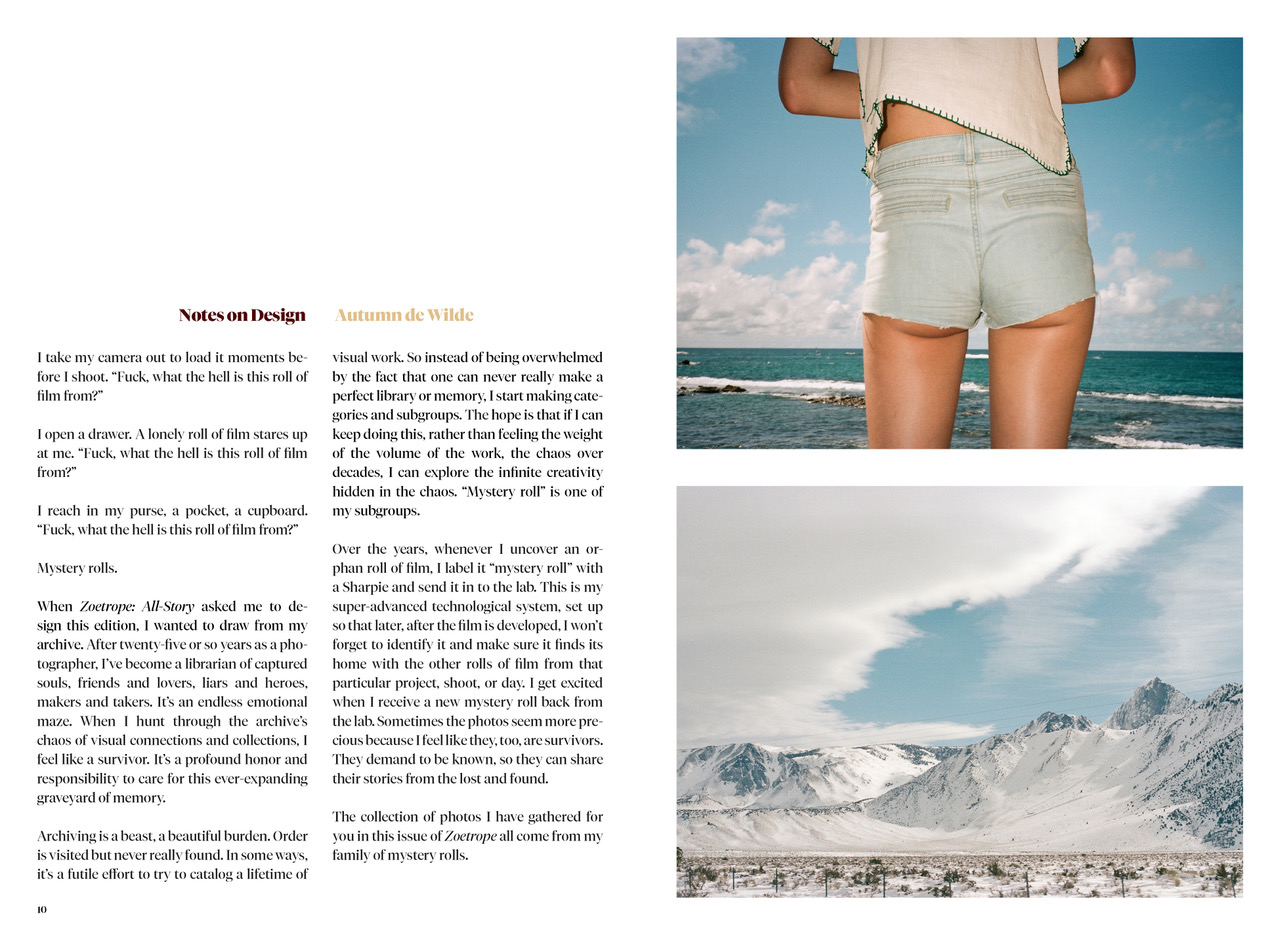 I take my camera out to load it moments before I shoot. “Fuck, what the hell is this roll of film from?”

I reach in my purse, a pocket, a cupboard. “Fuck, what the hell is this roll of film from?”

When Zoetrope: All-Story asked me to design this edition, I wanted to draw from my archive. After twenty-five or so years as a photographer, I’ve become a librarian of captured souls, friends and lovers, liars and heroes, makers and takers. It’s an endless emotional maze. When I hunt through the archive’s chaos of visual connections and collections, I feel like a survivor. It’s a profound honor and responsibility to care for this ever-expanding graveyard of memory.

Archiving is a beast, a beautiful burden. Order is visited but never really found. In some ways, it’s a futile effort to try to catalog a lifetime of visual work. So instead of being overwhelmed by the fact that one can never really make a perfect library or memory, I start making categories and subgroups. The hope is that if I can keep doing this, rather than feeling the weight of the volume of the work, the chaos over decades, I can explore the infinite creativity hidden in the chaos. “Mystery roll” is one of my subgroups.

Over the years, whenever I uncover an orphan roll of film, I label it “mystery roll” with a Sharpie and send it in to the lab. This is my super-advanced technological system, set up so that later, after the film is developed, I won’t forget to identify it and make sure it finds its home with the other rolls of film from that particular project, shoot, or day. I get excited when I receive a new mystery roll back from the lab. Sometimes the photos seem more precious because I feel like they, too, are survivors. They demand to be known, so they can share their stories from the lost and found.

The collection of photos I have gathered for you in this issue of Zoetrope all come from my family of mystery rolls.