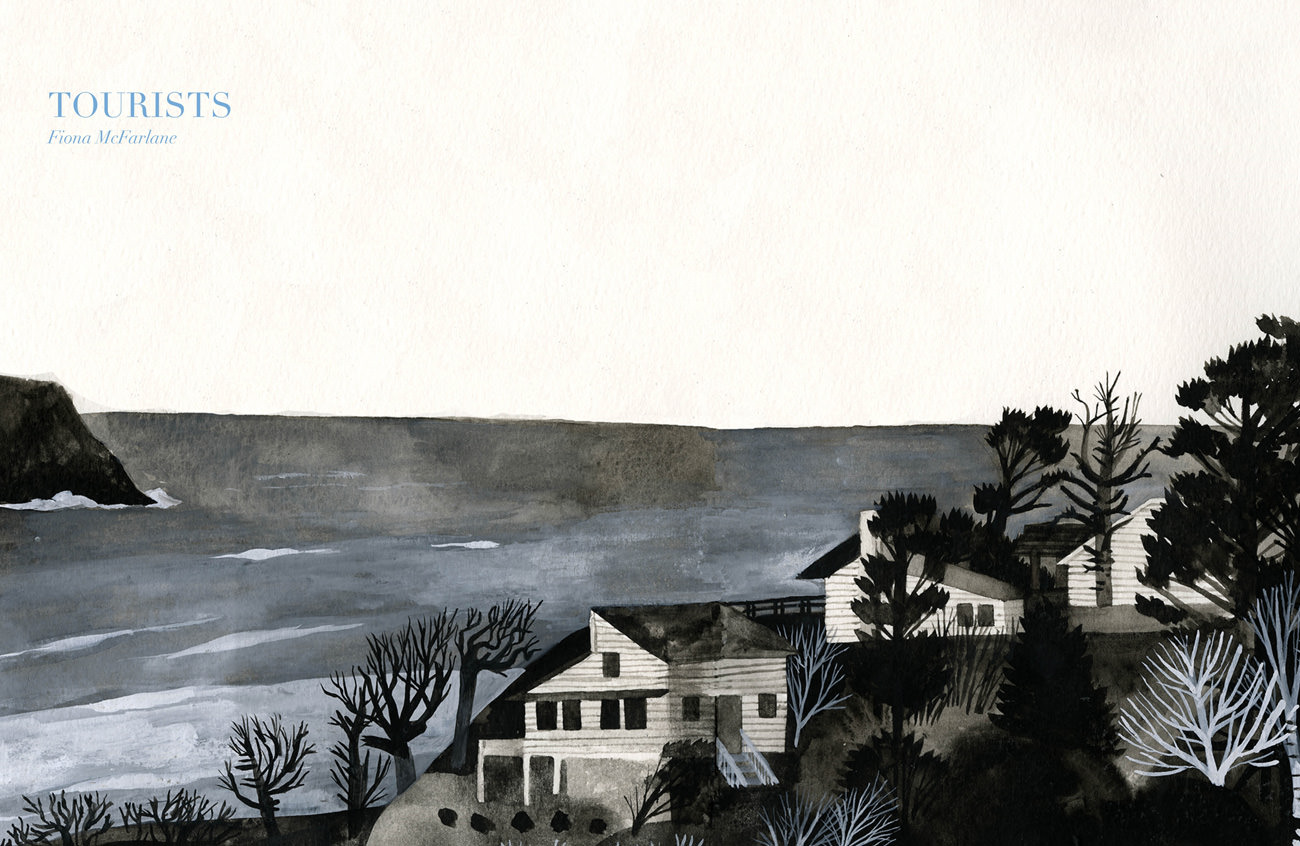 The next morning, Joe found a note pushed under his front door: Car sorted, no need for lift, thanks!!! xo L. He took his time preparing for work. He drove slowly through the forest, and when he reached the fire trail he pulled over, without having planned to do so: just saw the opening in the scrub and slowed the car. But he didn’t get out. He had the peculiar feeling that the trees didn’t want him. He thought he saw, in two or three places, a scrap of orange. A magpie sang out of its wet throat. He drove back onto the highway. At Mason’s, Joe saw a gathering of people in the reception area but, conscious of being late, walked directly to his desk. Gemma broke from the group to follow him.
“Jam!” she called. He turned to her.
“You’ll never believe this,” she said. “Luna went into the forest on her own.”
“What forest?” he asked, and it was a genuine question—what forest had Lena been to on her own?
“ ‘What forest’!” said Gemma. “Barrow State. What other forest is there?”
And because she pulled him to the reception desk—put one hand in his and kept it there—he went.
Lena seemed unperturbed by his presence. Her voice was lowered and her shoulders hunched.
“I walked for hours,” she said, “and I knew I was getting close to something big. You want to hear the strangest thing?”
The listeners nodded. Stuart from distribution was there, with his rugby shoulders and his brutal face. He leaned closer to Lena with all the rest.
“The birds,” she said. “No birdsong. Not a sound in that whole place. Birds know evil. They can sense it.”
The listeners inhaled.
“And look,” she said.
From a pocket, she drew the orange tape. It startled Joe with its brightness.
“Police tape,” said Lena.
The listeners extended their hands to it. “No way,” said Stuart, as if pleading softly with some awful god.
Gemma let go of Joe’s hand and put her arm around him, so that he felt one breast against his upper back. She spoke close to his ear. “Hey, Jam?” she said.
She smelled of flowers, but not real ones. She wore her fair, straight hair in a little knot on top of her head. She carried something with her, some future promise; it rattled with the thin, bright bangles on her wrists. She would have laughed in the forest, and huddled close when he said “snake,” and stepped out of her skirt, and when she saw him leaning up against the tree with the green-white world spitting in his ear she would have seen and hated and been afraid, as she should.
“What about a drink tonight?” she said, with her breath behind his ear. “Just you and me?”
He might have said no. But he didn’t.