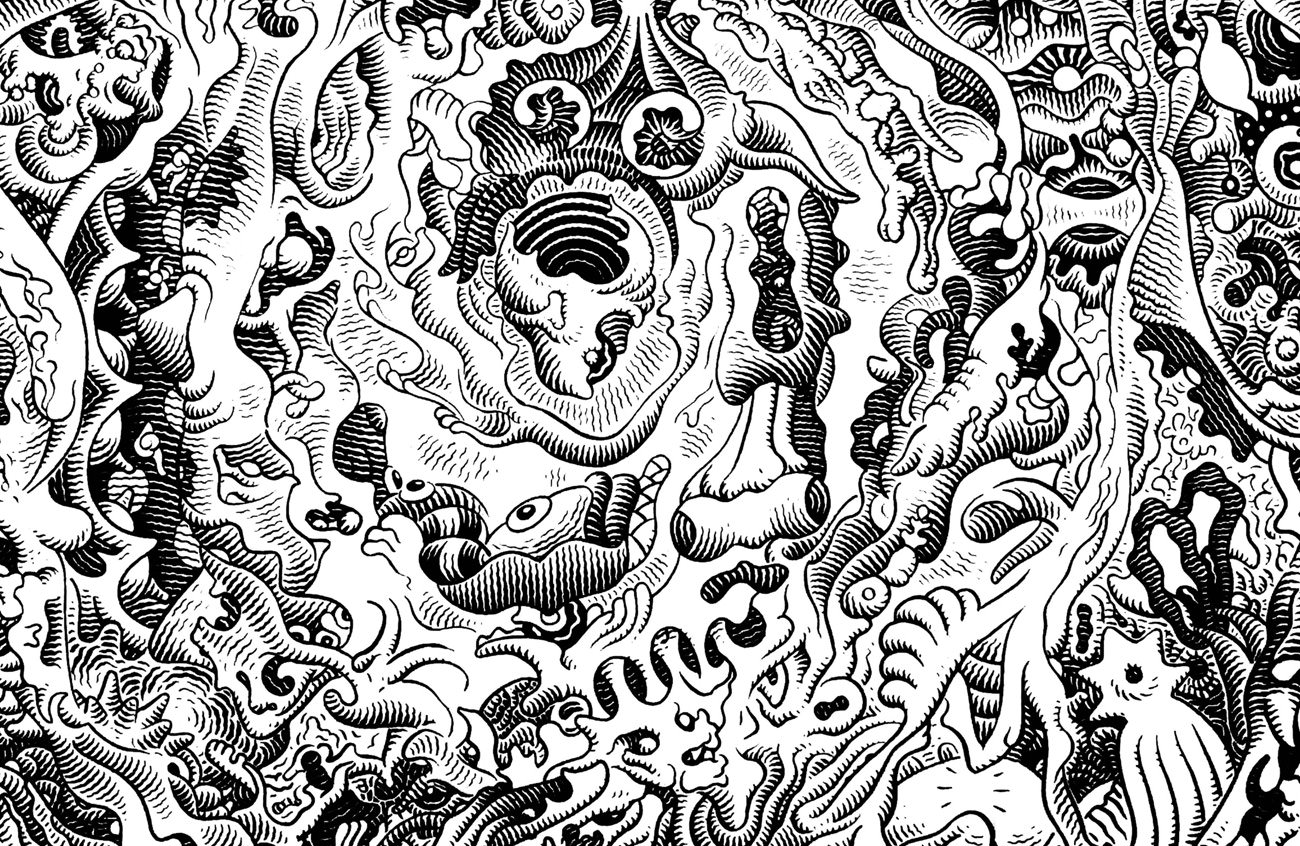 Linda, his ex-wife, has gained weight—fifty pounds, he guesses. Her hair, too, is different, a flamboyant poinsettia color. The same color, he imagines, French prostitutes—a cliché portrait he indulges himself in—dye theirs. Linda’s is cut short and gelled into spikes. For a moment, he thinks that maybe he has made a mistake and rung the wrong doorbell. Briefly, too, he is reminded of a scene in a movie he saw a long time ago—saw it on TV with Linda, in fact—where the main character, a soldier, played by the French actor Gérard Depardieu, after an absence of eleven years, due to his going off to war, returns home to his wife and family. As the story progresses, it becomes clear that this soldier may be an impostor, and it is up to the wife to determine his true identity—presumably, she will do so in bed. And does she? He cannot remember. Perhaps the end is left ambiguous or, more troubling, it suggests that the wife loves the soldier and does not care whether he is her real husband or not. And the name of the movie? He thinks of it: The Return of Martin Guerre. He resolves to watch it again and figure this out for himself. He also thinks about Gérard Depardieu and how monstrously fat he has become and how he left France to avoid paying taxes. All the while he contemplates—no, stares at—Linda. “His” Linda had a lazy eye she was always complaining about and wanting to have surgery to correct, although he had argued it wasn’t that noticeable. Only when she was tired or nervous. Now, he notices how her left eye has strayed off a little to the side, yet he could have sworn that the lazy eye had been the right one.
“Hey! You haven’t changed a bit—still so damn ugly!” Linda says, opening the door wide and laughing to remove a bit of the sting from her remark.
Standing there he hesitates, not knowing whether he should lean in and kiss her, but she solves the problem by giving him a hug and pressing her breasts—much larger than he remembers—against his chest. None of it feels familiar.

Everywhere there are fat people. Obese people. Three hundred pounds and huge, jiggling asses are the norm here. At breakfast this morning, in the hotel dining room, the buffet table was laden with platters filled with shiny, stiff scrambled eggs; soggy, thick pancakes; overcooked, greasy sausages, and everyone was scarfing them up as if there were no tomorrow (and maybe there won’t be). At a table set slightly off to the side, a different-looking group of people were eating. They were sleek, svelte, and blond. He watched as a woman in leather pants and an elegant V-neck sweater got up from the table and helped herself to fruit from the buffet. Pieces of watermelon and cantaloupe. She was part of the Lufthansa crew on layover.
Hooray for the Germans, he wanted to shout. Hooray for Angela Merkel.

“So what brings you to Dallas?” she says, mimicking a thick Texan accent.
In the cramped front hall, a small, white dog locked inside a wire cage begins to bark.
“Shut up,” his ex-wife says, but the dog continues to bark—more frantically now.
“Let him out,” he offers.
“She’s a she,” his ex-wife says. “And if I let her out, she’ll pee all over the place. Shut up, Sheba,” she says again. “I mean it.”
“Sheba?”
“Yeah—you know the play by William Inge,” she answers. “My theater group put it on last month.”
“Your theater group?” he asks. He has no memory of her ever being at all interested in the theater.
“I played Lola Delaney, the wife, who keeps calling her dog after the dog has run away. Shirley Booth played her in both the play and the movie version.”
He nods. He has only a vague recollection of seeing the film and of Shirley Booth standing at the front door of her house, dressed in her robe, her hair in curlers, calling for the dog. And was Burt Lancaster the husband? Maybe, he thinks, he should watch that movie again, too.
“So tell me,” his ex-wife asks once more, “what brings you to Dallas?”
“Alexa,” he answers.
“Who the hell is Alexa? Your new sweetheart?”
He shakes his head and smiles.
“Alexa,” he explains, “is an Amazon virtual voice assistant device that you can plug into your computer. She—” He pauses. “Funny how all these robots have female voices—”
“And how do you fit in?” Linda interrupts.
“Alexa can record conversations, which she then turns into data and uploads to the cloud, which has opened up a whole can of worms concerning privacy and is why I’m here,” he answers. “For a meeting,” he adds. He is an IP attorney.
“Privacy how?” she asks, frowning.
“Well, for instance, if you are having a private conversation with someone and you have activated Alexa, she could be recording it without the other person’s knowledge or permission, and your tech-savvy next-door neighbor could be listening.”
“How do you activate her?”
“With the wake-word.”
The dog begins to bark again, and Linda yells, “Sheba!”

In the living room crammed with too much furniture and too many objects—useless ones, he thinks, and ones he does not recognize—he sits across from her, his legs uncomfortably crossed. Next to him, atop a side table, is a big bunch of faded red roses in a vase.
“I should water them,” she says, following his gaze. “Josh, the director, gave them to me the night of our last performance. Do you want a drink?” she adds, getting up and going to the kitchen. “A beer?”
He can hear the fridge door opening, then the clink of glasses. He can also hear that she is still talking to him about the play—only, he can’t make out what she is saying. A habit of hers that used to annoy him.
When she reappears, holding two glasses, she is still talking.
“The biggest challenge for me in the play was memorizing those long speeches.”
“I didn’t know you wanted to act,” he says.
“I’ve always wanted to act,” she answers defensively. “Ever since I was a little girl and my parents took me to see Annie.”
“You never said,” he says lamely.
“Of course, I said. You just never listened.”
They are both silent for a moment before she continues. “For instance, there’s this really long speech where she describes to the postman how her husband is an alcoholic.”
“Do you remember it?” He wants to make amends.
“My husband is an Alcoholics Anonymous,” Linda begins in a low, theatrical voice. “He doesn’t care if I tell you that cause he’s proud of it. He hasn’t touched a drop in almost a year. All that time we’ve had a quart of whiskey in the pantry for company and he hasn’t gone near it. Doesn’t even want to. You know alcoholics can’t drink like ordinary people; they’re allergic to it. It affects them different. They get started drinking and can’t stop. Liquor changes—no. Liquor—” She pauses.
“Go on,” he says. “You sound good.”
“I can’t,” she says, shaking her head. “I’ve forgotten the rest.” Then, after another moment, she says, “Of course, Doc, her husband, starts drinking again and he turns violent. He threatens Lola with a hatchet, but by the end of the play, when he’s sober, they are both resigned.”
“Resigned to what?” he asks.
“To their miserable, failed lives.”
“I see,” he says.
After a while, he asks, “Do you remember that French movie we once saw on TV? The Return of Martin Guerre, with Gérard Depardieu?”
“No. What was it about?”
He starts to tell her how the movie is based on a true story, but he sees that she has lost interest and is not really listening.
“Do you want another beer?” she asks.
“I should go,” he answers.
“No, stay,” she tells him, smiling.
To his relief, her smile—how her chin lifts and her lips part wide to reveal her pink gums and her small, even teeth—is the same.

In bed with Linda, he is afraid that he won’t be able to perform. Too many beers, he thinks. And all her extra flesh has unsettled him. Her large thighs heavy around his head and her smell when he makes her come are unfamiliar. Then, as he climbs on top of her, he wills his penis to harden. He is a fool, he thinks. He should have known better. This woman no longer means anything to him, is no longer attractive to him. Shutting his eyes, he tries to conjure up someone else. The pretty blonde Lufthansa stewardess, and he starts to undress her. He unzips the tight leather pants and pulls them off her; he unbuttons her sweater and gently tugs at the sleeves to free her slender, toned arms; he unhooks her dainty lace bra, slips off her matching pink panties, as, nearly hard enough now, he manages to enter Linda. Naked, he imagines her long hair splayed out on the pillow, her head thrown back—the stewardess’s name is Ilse—the nipples on her small breasts are pink and hard, her waxed pubic hair is tidy, and her long, athletic legs are wrapped tightly around his back, and he comes.
“Hmm,” Linda says after a few moments. “Like old times.”
Lying beside her, he doesn’t say anything right away, then he asks, “Did the dog come back?”
“What dog?”
“The dog in the play. Sheba,” he says.
“No,” Linda answers. “The dog does not come back. Why are you asking me this?” She sounds annoyed.

Back at the hotel, he goes to the bar and orders himself a whiskey and soda. He half hopes to find the Lufthansa crew there but then remembers that probably they are not allowed to drink before flights—unless that rule applies only to the pilots. As far as he knows, the stewardesses and the stewards could drink as much as they want—drink themselves blind. Although, probably, the
Germans are stricter about those things. No tipsy Ilse on board, tripping up and down the narrow aisle while pushing her cart, spilling drinks and dropping trays, and he smiles to himself at the thought. Already, he imagines her somewhere over the Atlantic, looking forward to getting home—a tidy suburban home outside Frankfurt. In Königstein, he decides, a pretty town with a beautiful medieval castle. To her husband, Hansi, an industrial engineer at Siemens, to her two children, ages ten and twelve, to maybe even a dog—an obedient long-haired dachshund. He can, he thinks, easily make up a whole happy life for her. He knows her so intimately. He orders another whiskey and soda before he goes upstairs.
Once in his room, he turns on his computer.
“Alexa,” he calls out.
“Alexa,” he says more loudly. “Tell me who I slept with.”