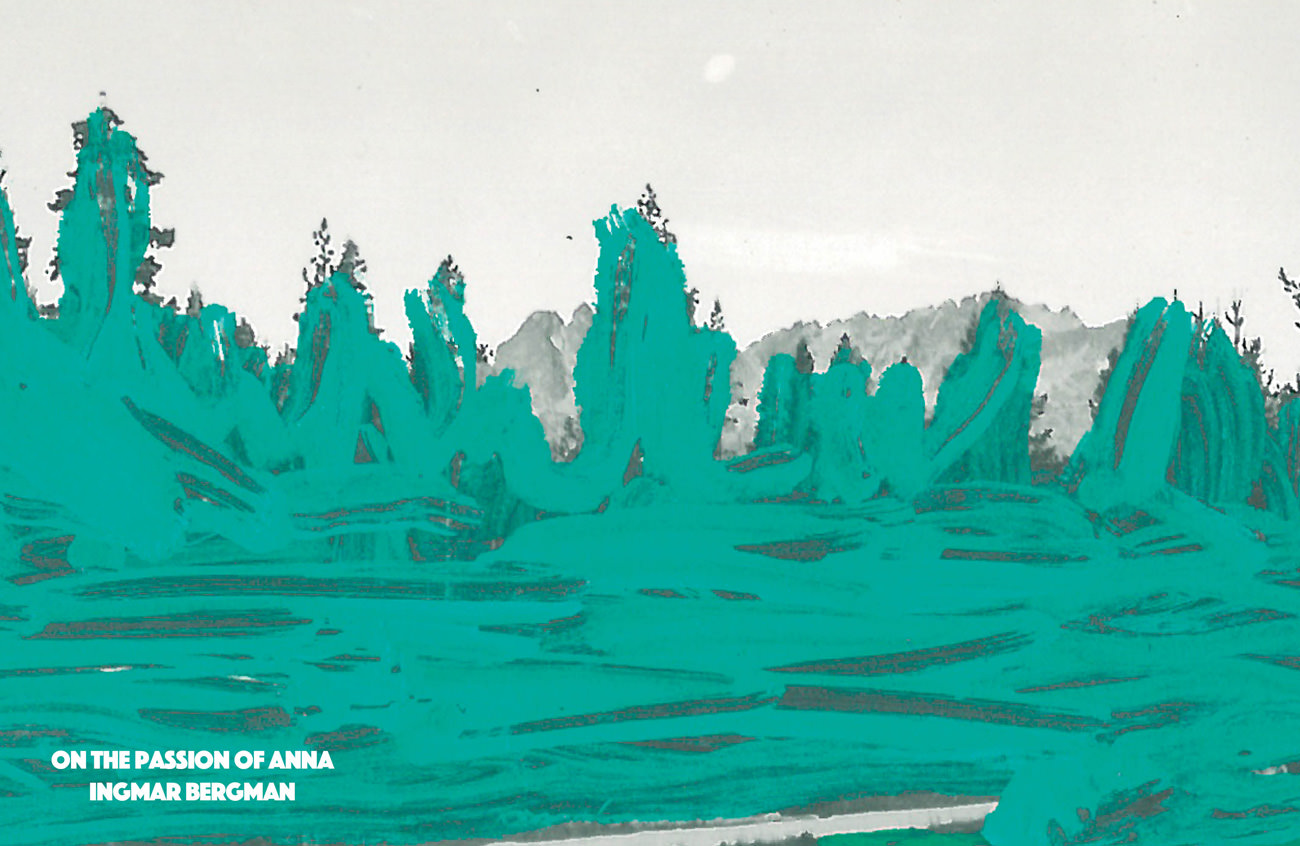 On The Passion of Anna

Translated from the Swedish by Marianne Ruuth

My philosophy (even today) is that there exists an evil that cannot be explained—a virulent, terrifying evil—and humans are the only animals to possess it. An evil that is irrational and not bound by law. Cosmic. Causeless. Nothing frightens people more than incomprehensible, unexplainable evil.
The filming of The Passion of Anna took forty-five days and was quite an ordeal. The screenplay had been written in a white heat. It was more a description of a series of moods than a traditional, dramatic film sequence. Ordinarily I solved any anticipated technical problems immediately in the writing stage, but with this project I chose to deal with the problems during filming. I made this decision to some extent because of a lack of time, but mostly I felt a need to challenge myself.
The Passion of Anna was also the first true color film that Sven Nykvist and I did together. In All These Women we had filmed in color according to the established rules. This time we wanted to make a film in color as it had never been made before. Contrary to our usual collaborative experiences, we found ourselves in endless conflicts. My intestinal ulcer acted up, and Sven had vertigo. Our ambition was to make a black-and-white film in color, with certain hues emphasized in a strictly defined scale. It turned out to be difficult. The color negative exposed slowly and demanded a totally different lighting than it would today. The poor result of our efforts confused us, and, regretfully, we argued often.
It was also 1968. The seeds of rebellion from that year began to reach even the crew at Fårö. Sven had an assistant photographer with whom we had worked on several earlier films. He was a short man with round glasses, like a military serviceman. Nobody had been more diligent and industrious than he. Now he was transformed into an active agitator. He called us dictators and claimed that all artistic decisions should be made by the whole crew. I declared that those who did not like our way of working could return home next day with their salaries intact. I was not going to change my method. Nobody went home. I saw to it that our agitator was assigned to other duties, and we continued without any further protest. The filming, however, became one of the worst I have ever experienced, equal to This Can’t Happen Here, Winter Light, or The Touch.