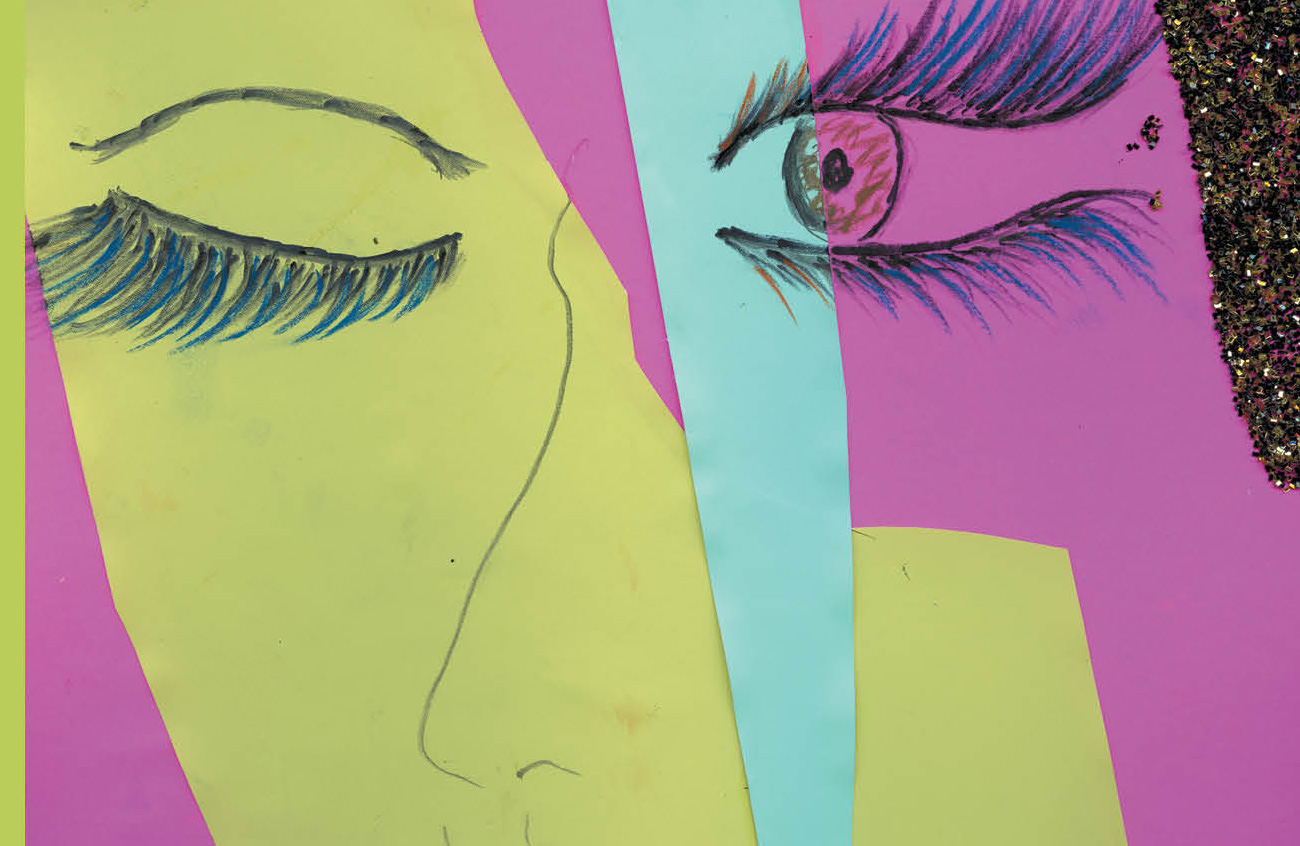 After a few days Dolores said she had a surprise for me: we were flying to California. On the plane, water droplets became trapped between the double-pane windows, clouding the view of the land below.
“Does it make you nervous not to see what’s outside the window?” Dolores asked. I shook my head. I thought of sailors on submarines, of how long they’d go without seeing out any window at all.
Once on the ground, we went to the luggage carousel, and I saw my mother there. She was waving so quickly the gold chain bracelets on her wrist made a jingling sound.
“Guess who that is!” Dolores said, and she pushed me forward.
We said good-bye to Dolores, and then my mother put me in the back of a limousine. Cinderella was waiting, sitting on the seat.
“I got you a new Cinderella,” my mother said. “Isn’t she lovely? She’s just like the old one.”
Instead of a fur muff and a fur hat, this Cinderella wore a yellow jumper, and on her lap she held a beach ball of many bright colors. Her hands were the same size as mine.
My mother told me how happy she was to see me. “You’ll come live with us on location now,” she said.
I traced my finger along Cinderella’s lips, turning slightly upward with the path of her smile. Then I put my finger to my own lips, to make sure my smile was the same.
“Good, you’re happy, too,” my mother said, and she slid open the window between the driver and us. When the driver turned around, I saw that he was not Michel. In French, which made her voice sound higher, like she was a girl my age, my mother told the driver where to go.
We drove past tall palm trees, whose thin trunks swayed and bent over so sharply I thought they would break, or that their long leaves would brush the roof of the limousine, but they didn’t. We drove past the ocean, whose green waves rose up deeply curled, as if forming over an invisible enormous pipe. I thought of submarines beneath the sea, where everything was calm inside their steel frames and the sailors moved steadily onward even though the waves above them were roiling and smashing up against the shore.